Capture breathtaking moments require a lot of talent. But then picture not always tell you the full story, and if you are getting onto something dreadful, then it might as well not be very nicely captured in the video. As there can be a lot of problems with frame and all. So you can instead choose speaking pictures.

Speaking pictures would help you to take the image and then add an audio so that you can let the person, who is watching the picture, know how it felt while doing that daredevil think.

What are speaking pictures

Pioneered by Voxweb, these are the pictures that help you to get the best out of the images and videos. Once you get the Voxweb app from android or Google play (which is available for free of cost), you can take a picture – pretty much like how you take on Instagram – and then hit the mic icon to record an audio message. You can then share it with your friends and family or just anyone else in your contact list. Voxweb app is developed by a team let my Yash Mishra, who is a graduate from the prestigious Indian Institute of Technology.

Using the Voice pictures for stunt

There are two dimensions of voice pictures – audio and the image. You can take the image while doing the stunt or any other act. And then record the audio to it. Make sure that there is a clarity in both of them. Once you take the perfect picture, look for the perfect audio and then finalize the same.  The process would then complete.

Doing it yourself vs others

You can either do the stunts yourself or have your friends do it. In either way make sure that things don’t quite get interrupted. You can use selfie stick too, for taking the picture and you can either add the audio while doing the act or post the act. Either way, make sure that it very closely aligned to your overall goal – which is to make the picture a success. 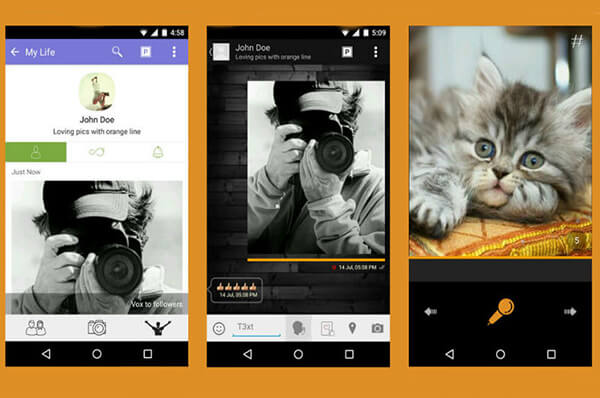 Next time you do something staggering, goes beyond selfie. Because it is very old fashioned and many folks do it. What you need is perfection through your acts and a medium that perfectly tells your story to the world. Consider using speaking pictures for free through Voxweb and dive into a different world.

You wouldn’t face any difficulties in migrating to the portal. It is lot easier and fun to do so. But once you do, you wouldn’t want to come back from it.

Coupondekho Review: Beautiful Gifts for The Women In Your Life

How To Secure Your WordPress

Before Purchasing a Real Estate